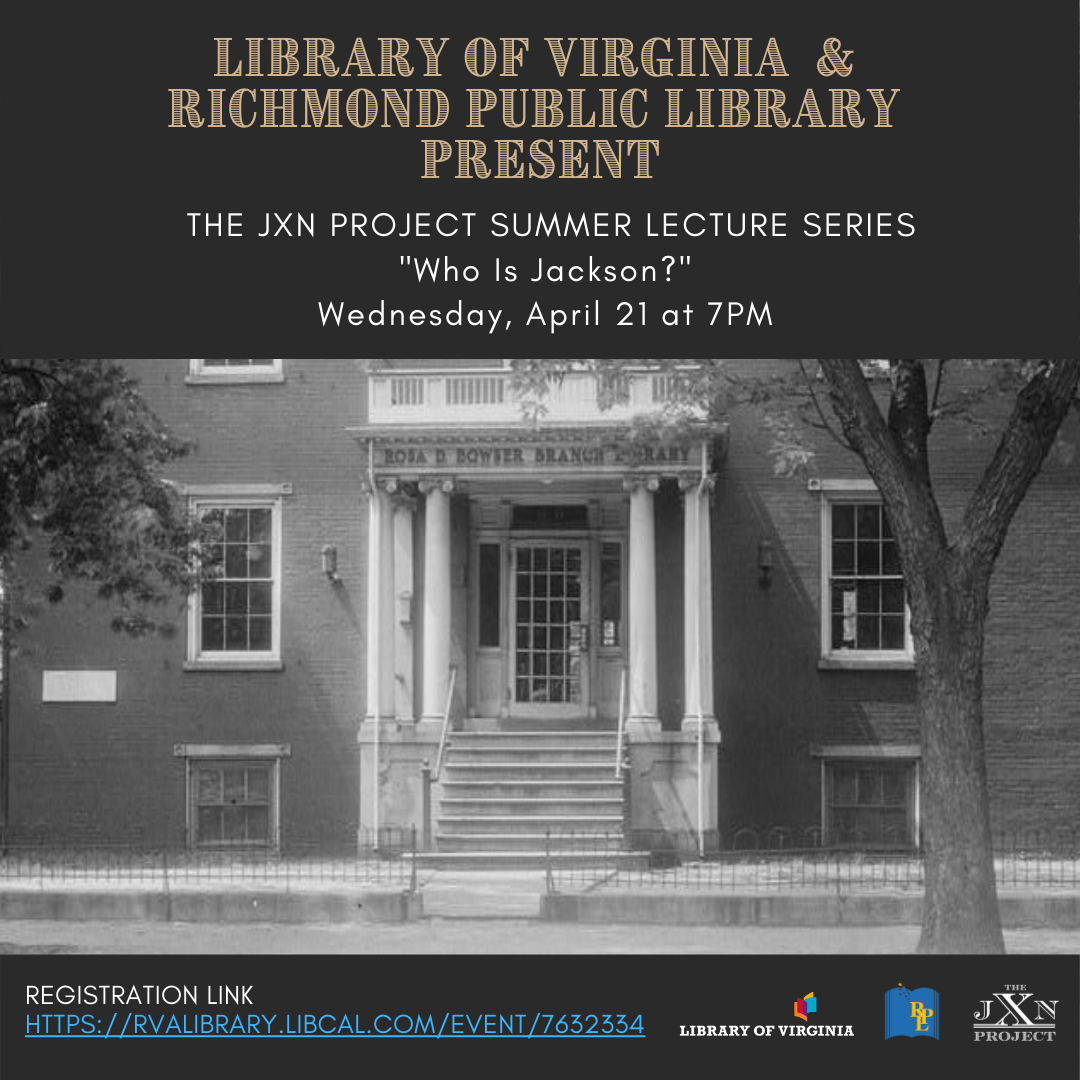 "Who Is Jackson?": Part 1 of The JXN Project Summer Lecture Series

In partnership with the Library of Virginia and The JXN Project, RPL is pleased to present The JXN Project Summer Lecture Series.  The JXN Project's co-creators, Enjoli Moon and Dr. Sesha Joi Moon, seek to recontextualize and more accurately capture the role of Richmond, Virginia and Jackson Ward in the Black American experience.  Through a year-long celebration of Jackson Ward's 150th anniversary, a set of initiatives to rename the ward's streets after former residents, and a push to increase Black representation in Richmond's historical preservation bodies, The JXN Project will partner with community stakeholders to build a Richmond that honors Black excellence.

In this first talk in a six-part series, Enjoli Moon and Dr. Sesha Joi Moon will discuss the goals that drive The JXN Project as well as the historical research that undergirds it.  The public is invited to attend these lectures, comment, and become part of the process of this historic justice initiative.

Check our calendar for the forthcoming details for future talks in the lecture series!